The sale of Western Power puts our future at risk. 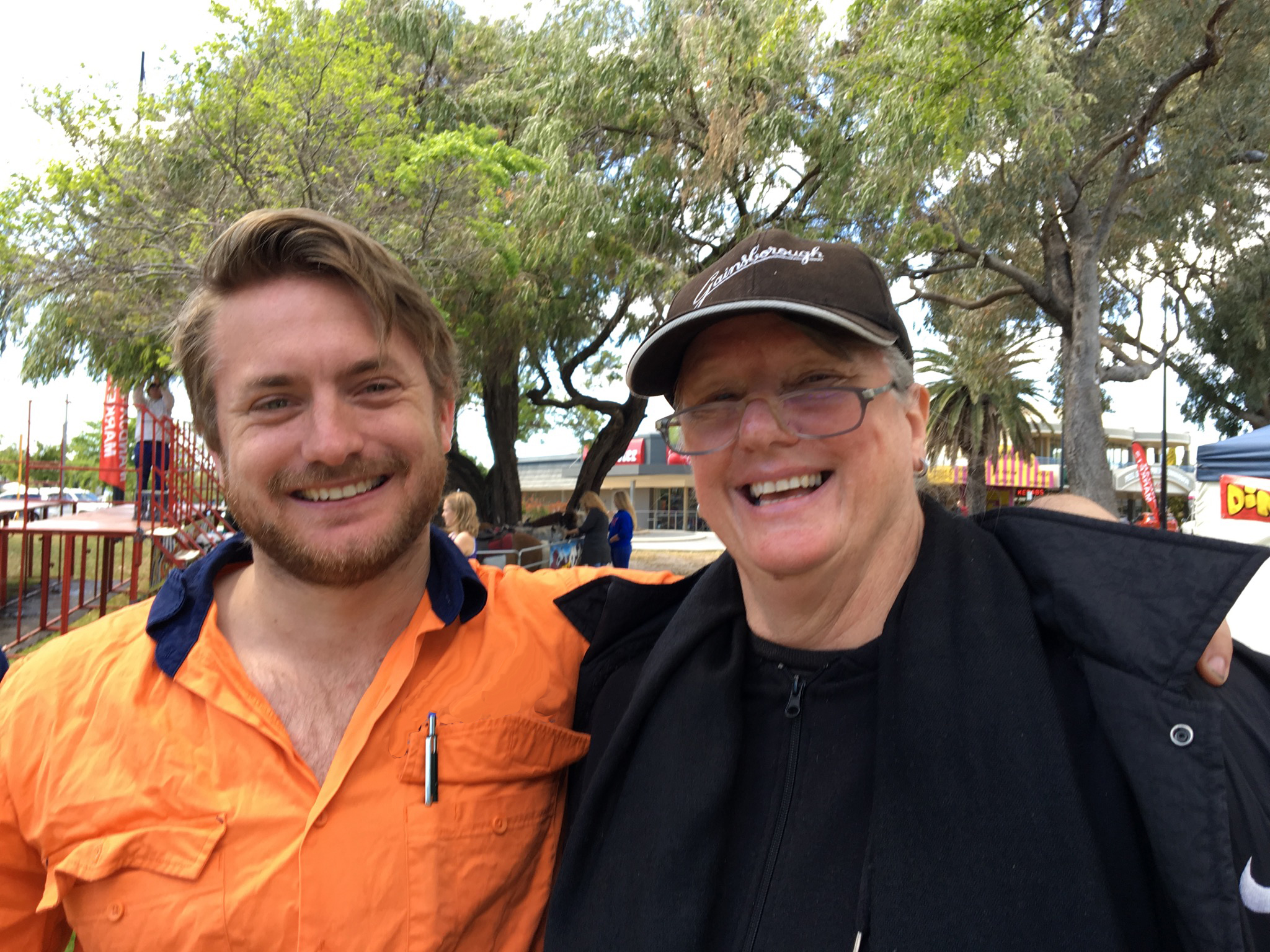 Lyn and her son Ben at their local markets.

Lyn writes, "We were at the Royal Show, having a look through Robertson Pavilion when my son Ben came up to me saying, “Mum, you have to come and sign this petition."

"As an electrician, Ben has mates who’ve been affected by job losses at Western Power. He himself had missed out on an apprenticeship at Western Power as they just weren’t offering them anymore. Without apprentices where will our future trades-people come from?

"Privatising Western Power doesn’t make sense – it’s a short-term measure that doesn’t take into consideration the long-term cost to us and our society.

"I’ve raised my kids to think about issues of social justice. I fear that the future is going to be very different for my kids and grandchildren. This issue is more than just the loss of jobs. I’ve read that the price of electricity has gone up in states that have privatised their services. What does that mean for those least able to afford those cost increases?

"There are lots of reasons I’m against privatisation and I've not heard any good, solid reasons to go ahead and sell off Western Power.

"You will have your own reasons. Will you sign too?”

Use Your Power and Save Our Services have committed to a campaign against the privatisation of Western Power and other publicly owned electricity assets.

Find out more about our campaign here

I'm fed up with talk about privatising our publicly owned electricity system. I call on you to say the words: "I will not privatise our electricity."

Our assets must stay in public hands. I'm calling upon you to make the promise that you won't privatise Western Power, privatise Horizon's Power's Pilbara poles and wires or direct Synergy to close power stations or cut any more jobs.

Privatisation in other States has lead to increased utility prices, loss of jobs and training in the sector, and even bush-fires as maintenance standards fell when the poles were put in private hands.

Make the promise, Premier Barnett - use your power to keep our power in our hands.