The latest Report on Government Services reveals Aboriginal students in WA have the lowest outcomes in literacy and numeracy of any state in the nation.

The education chapter of the report (available here), released today by the Productivity Commission, also reveals attendance rates for Indigenous students in WA are among the worst in the country.

The ROGS report shows the average percentage of Indigenous students who achieved at or above the national minimum standard for reading in 2014 was 64.9%, while the national average was 73.3%.

The report also found that the WA average for numeracy amongst Aboriginal students was 70.7%, compared to the national average of 76.2%

State School Teachers’ Union President Pat Byrne said that among Aboriginal students, attendance rates dropped from 79% in year 7 to 72% in year 8, and by year 10 they had dropped even further to only 63%.

“These figures show a clear correlation between attendance and results,” she said.

“Obviously, if students are not showing up for school, they are not learning, and that is reflected in their poor literacy and numeracy results.

“More must be done to get Aboriginal students into the classroom, because the consequences of not getting a decent education can be dire.” 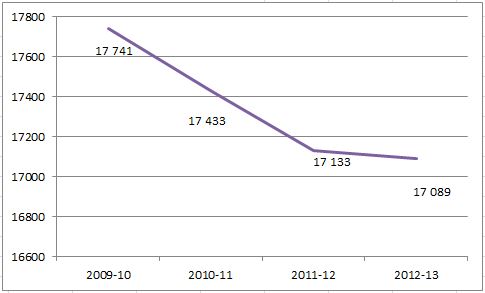 UnionsWA Secretary and Save Our Services spokesperson, Meredith Hammat noted the report showed that in real terms the average State Government recurrent expenditure per public school student had dropped by over $650 a year from $17,741 per student in 2009 to $17,089 in 2013.

“According to this independent report, every budget of the Barnett Government has cut funding for public school students.

“And the worst is yet to come, as these figures do not reflect the massive cuts the government introduced in 2014.

“Many families do not have the option of an expensive private school education.

“When the government cuts public education, it unfairly limits the life opportunities for many West Australians.

United Voice Secretary Carolyn Smith said at a time when Aboriginal students in WA were clearly struggling, the State Government had made the decision to cut more than 110 Aboriginal and Islander Education Officers from the system.

“This government should be committed to closing the gap, not ripping away $4.7million from AIEO funding,” she said.

“These officers go above and beyond in their jobs; they do home visits, provide meals and clothes and take students to the doctor.

“They deal with government departments on behalf of their students and have even been called out in the middle of the night to assist students who have been arrested.

“AIEOs play an essential role in the lives of Aboriginal students and help them to get the best start possible.”